Internet is full off various blogs or media reports rightfully presenting Bhutan as beautiful and unique country with friendly and happy people. Unfortunately some authors, perhaps in the pursuit of more clicks, goes way too far in spreading some fantastic and untrue allegations about Bhutan. We prefer to remain true and honest, so we decided to debunk some of the most popular myths about Bhutan in this post! 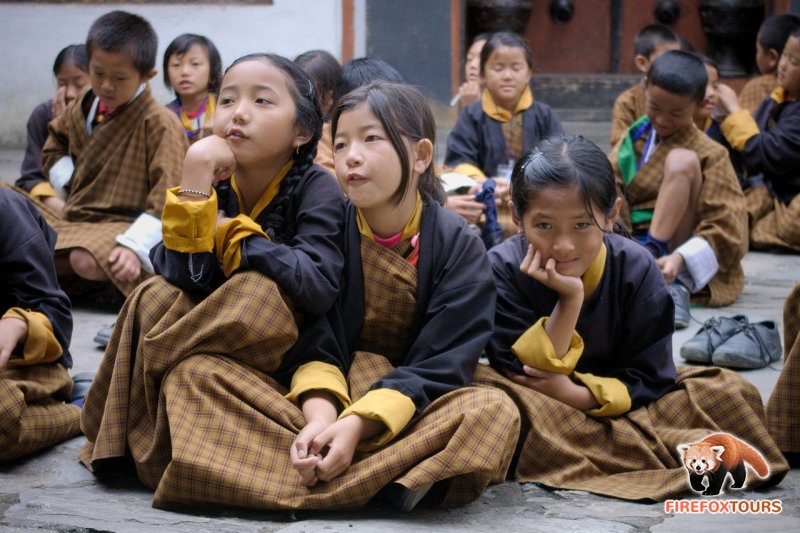 Bhutan has “Ministry of Happiness”

Bhutan became famous for pursuit of Gross National Happiness instead of Gross National Product. Whole idea was proposed by His Majesty the fourth king in the 1970s. Anyway some blogs and websites wrongly argues that Bhutan has “Ministry of Happiness”. There is nothing like that in Bhutan. Policies to increase GNH are interwoven in all government bodies at all levels starting from the ministries and going down to the village councils. The measurement and research on GNH is the responsibility of Center of Bhutan Studies & GNH. This is probably the institution which various authors mistakes for “happiness ministry”.

Another extremely popular myth asserts that Bhutan is the happiest country in the world. While we subjectively agree, the number of existing international happiness indexes says no. For example United Nations World Happiness Report for 2019, rates Bhutan as 97th of 156 countries listed. There are many other similar indexes but none lists Bhutan as the world’s happiest country.

Anyway Bhutanese government actually never claimed that Bhutan is the happiest country in the world. Bhutanese only says that the pursuit of happiness is their priority over the mere money making. And actually today, unlike in the 1970s, most economists elsewhere would instantly agree that the GDP alone is quite poor metric for country’s development and prosperity. 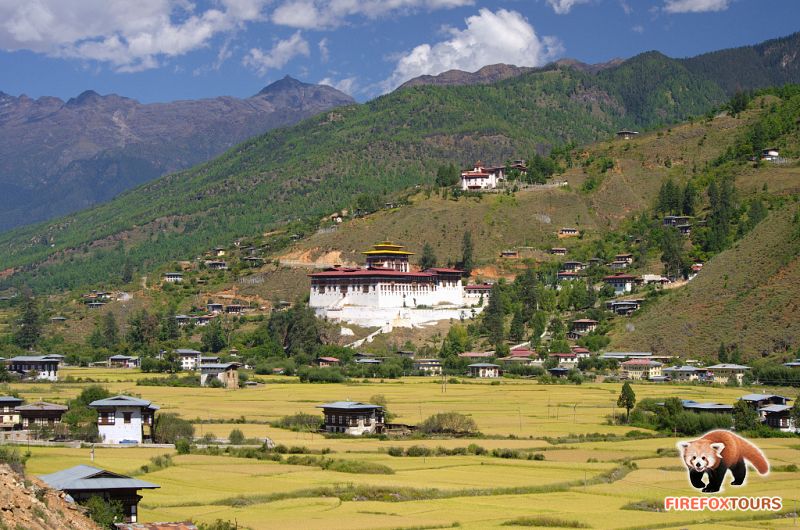 Bhutanese agriculture is headed to be 100% organic

Reality: False for time being

For quite some time Bhutanese government has organic farming promotion program. Almost nobody did pay a notice until the 2013, when the story broke out that Bhutan will be fully organic by 2020. Bhutanese agriculture minister strongly denied these reports but it was repeated again and again by many.

The National Organic Programme (NOP) was established in 2007 to implement Bhutan’s goal to go all organic. But in 10 years, very little has happened on the ground, largely because of a lack of funds.

And not much changed since then. Apart from funds, the program also lacks interest form the ordinary farmers who just recently got used to the benefits of industrial fertilizers and pesticides and are not ready to abandon these modern achievements. Simply there is still lot of work to do in spreading awareness of what the organic farming actually means and what are its benefits.

This is not only confusing and dubious issue related to Bhutan’s ecological footprint. For example the former Bhutanese prime minister Tshering Tobgay in his famous TED talk asserted that Bhutan is “carbon negative country”. This is actually correct, Bhutan has very little industry and quite impressive volume of forest cover. Problem here is that only the carbon dioxide produced in Bhutan is counted. If we start counting carbon dioxide released to atmosphere in order to manufacture products imported and consumed in Bhutan (cars, processed food, home appliances, building materials etc.) the carbon balance would change significantly.

That doesn’t mean that Bhutanese environmental policies are not good. Country is still exemplary in its nature conservation efforts, especially in the region and among the other developing countries. Smoking is banned in Bhutan

Actually it is not smoking which is banned in Bhutan but it is the sale of the tobacco products. You can still smoke at home or at non-public places legally, provided that you pay 200% tax while bringing cigarettes (or other tobacco products) from abroad. Every person is entitled to bring 200 pieces of cigarettes each month. In some places there are dedicated smoking areas, like in Thimphu’s popular Mojo Park club or in Karma’s Coffee.

Anyway most of the tobacco addicts will not bring cigarettes themselves and pay for customs, but they will rather buy smuggled cigarettes from the shops under the table for inflated cost. Shop keepers are wary and will not sell cigarettes to alien person for fear it might be plain-cloth police.

Otherwise, it’s not uncommon to spot the people, sometimes even the police officers, smoking on the side of the parking lot or in the side street. 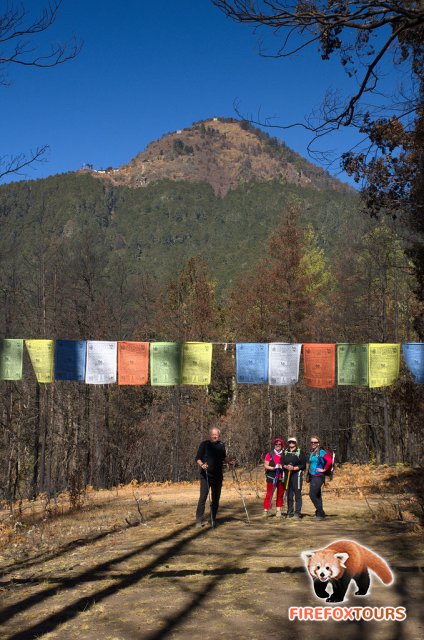 One of the longest enduring myths about Bhutan is that there is yearly limit to tourist visa issued. It’s not clear when the myth started. It can be only assumed that when Bhutan tourism was reformed in the 1990s, the government set goal to attract 5 thousand tourists annually and some inattentive journalist had misinterpreted that for the visa limit. There were over 60 thousand dollar paying tourist arriving in 2018 only and certainly, nobody is saying this number should be limited. Some people want to limit Indian tourism which amounted to 200 thousands in 2018, but that is very different story.

The arrivals are limited by the package cost only. Bhutan is kept as exclusive destination based on High Value, Low Volume policy. The cost is thus kept high by charging royalty (currently 65 USD per person per day) and setting minimum package cost.

While many travelers are complaining about too much high cost of traveling to Bhutan, there are some who argues that Bhutan is actually good value for the money, and we totally agree! 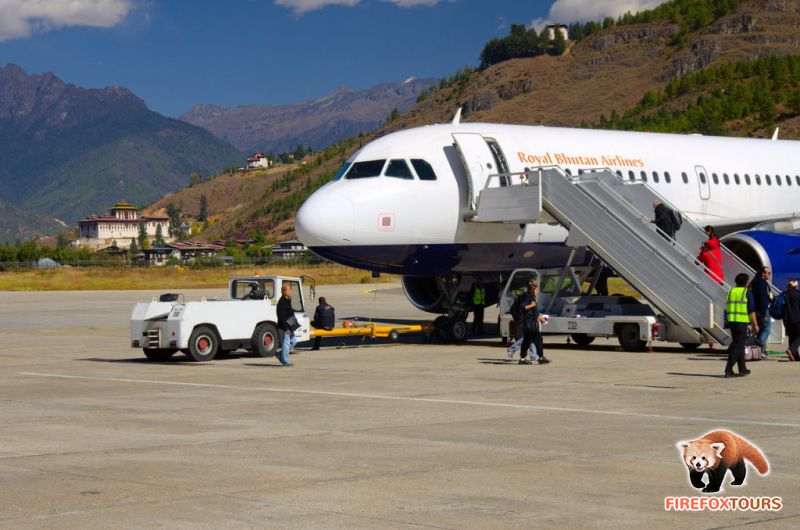 Only 8 pilots are qualified to land at the Paro airport

The information about 8 pilots only being permitted landing in Paro perhaps comes from this 2011 Daily Mail article. The information probably used to be correct at the time. Drukair was the only airline operating flights to and from Paro and it had just two Airbus A319 planes. It needs to be noted, that only captains were counted, not the first officers.

Today, there are two airlines equipped with total five Airbus A319 and one ATR-42. To fly these aircraft, airlines needs approximately 20 captains and about the same number of the first officers. The number tends to vary.

There is no special “license” for landing in Paro but Bhutan Civil Aviation Authority requires pilots to undertake couple of hours training on simulator, few flights on jump seat and few flights under the trainer pilot supervision to make captain qualified to land in Paro on his own. Training on simulator has to be repeated regularly after that.

The other pilots can also be permitted to land in Paro, provided they undertake training on simulator prior to the landing, and they take qualified Bhutanese captain to oversee the landing from the jump seat.