Love (for the King) in the time of Corona

Bhutanese people love their King unconditionally. However, with Covid-19 crisis, their embrace of the monarchy reached totally  new levels. His Majesty ordered the government to prevent even single death in Bhutan by novel coronavirus and toured around the country to oversee proper preventive measures implemented in it’s every corner. People’s responses on social media were overwhelming with hundreds of charming graphics being created and posted to express their respect and gratitude. We collected some of the most accomplished pictures, and we also explain why the King of Bhutan is so candidly and heartily loved. 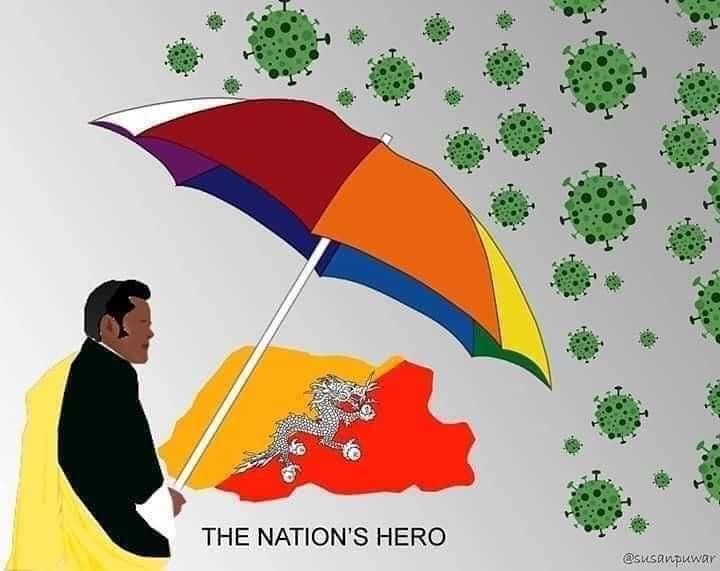 From the Theocracy to Democracy through Monarchy

Bhutanese monarchy is young, established only in 1907. Before that, Bhutan was ruled by theocratic regime of the Drukpa Kagyu school of Tibetan Buddhism. Unfortunately, the theocracy became plagued with perpetual violent infighting between shifting power centers, soon after its glorious inception in 17th century. Thus, when the Ugyen Wangchuck, governor of Trognsa, subjugated all other strongmen of his time and made himself crowned as the hereditary King of Bhutan, country entered period of peace and stability not experienced for two hundred years.

Ugyen Wangchuck was benevolent, efficient and caring King. His son and successor Jigme Wangchuck faced some opposition in the beginning of his rule in 1926, anyway he suppressed that resolutely and rather heavy-handedly. His biggest accomplishment was securing Bhutan’s peace and independence after the demise of British Empire and nascence of independent India. Third King, Jigme Dorji Wangchuck, dubbed as “Father of modern Bhutan”, started ambitious development program by building schools and roads, ultimately transforming Bhutan from feudalism into the modernity. 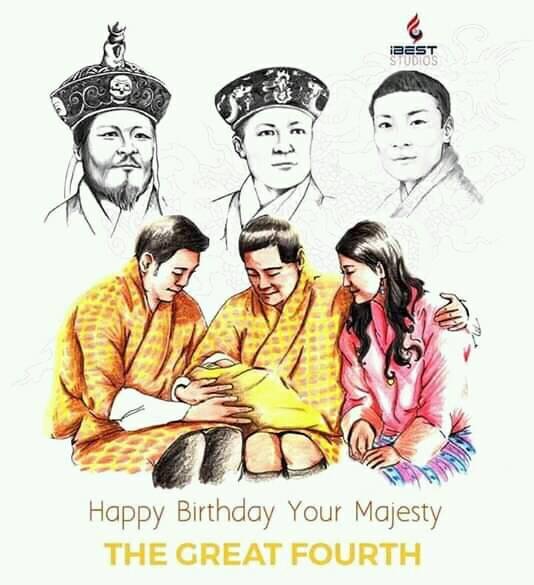 Fourth King, Jigme Singye Wangchuck, continued father’s development efforts with the interesting twist, which defines world perception of Bhutan till today. Instead of mere economic growth he concentrated development efforts on socially, culturally and ecologically conscious goals defined as Gross National Happiness, the term he coined himself at the beginning of his rule in 1972. Fourth King also reformed country’s political system towards the liberal democracy. While he retired as absolute ruler in 2006, his son, Fifth King Jigme Khesar Namgyel Wanchuck, inherited the throne with his powers delimited by the constitution.

Establishment of the constitutional monarchy is often described as King’s selfless gift to his subjects, anyway at the same time, it was rather timely and smart move, which undoubtedly raised Bhutan’s standing on international stage. Also, in the preceding decades, Bhutanese society became educated and aware of the world matters. If absolutist rule continued, some opposition from the various circles would be inevitable. By placing the elected representatives in between the King and the people, the monarchy accomplished to remain at the apex of the power, while all the responsibility was vested on the democratic institutions. And it works splendidly for the King today. Government is absorbing the criticism for any failure, while monarchy is getting praise for every success. 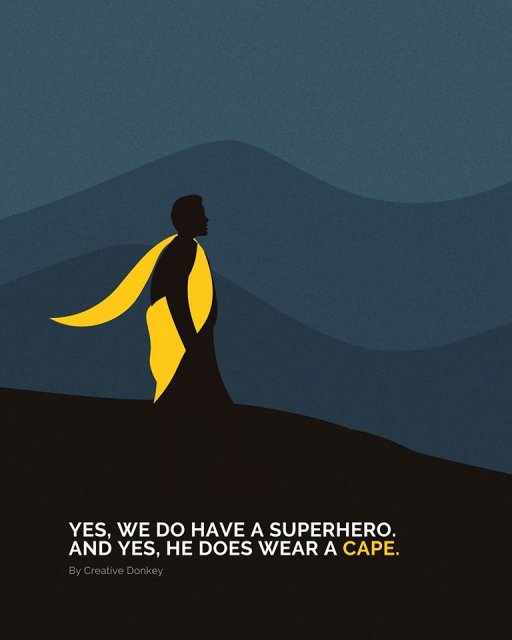 graphics by Creative Donkey
Fifth King as superhero with cape

Rule of His Majesty the K5

Born in 1980, getting his degree in international relations from Oxford and coming to power in 2006, His Majesty the Fifth King, or K5 as he is popularly called, carried on the course established by his father. It is actually quite likely that Fourth King still mentors and advises his son, although officially retired. For example, during the visit of Indian Prime Minister Narendra Modi to Bhutan in 2019, both the Fourth and Fifth King attended closed door meeting with him, indicating that the Fourth King still keeps eyes if not hands on the crucial matters of the state. 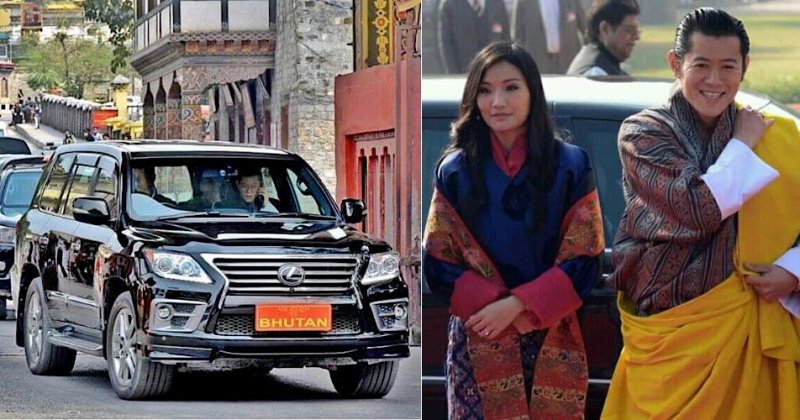 Thorough his rule, His Majesty the Fifth King was not getting involved in the elected government’s day-to-day business, at least not openly. He performed his constitutional, ceremonial and public roles, approving executive decisions of the three successive Prime Ministers and their governments.

However, His Majesty regularly toured the country, met the local officials and ordinary people and was helping where possible through his authority or the Kidu social security and charity scheme, which is directly subordinate to the King, bypassing elected government. People in need might get financial or material support through that. Actually the government land or citizenship can only be granted through Kidu by the King himself. His Majesty involvement in common people’s matters made him tremendously popular and universally loved in Bhutan. 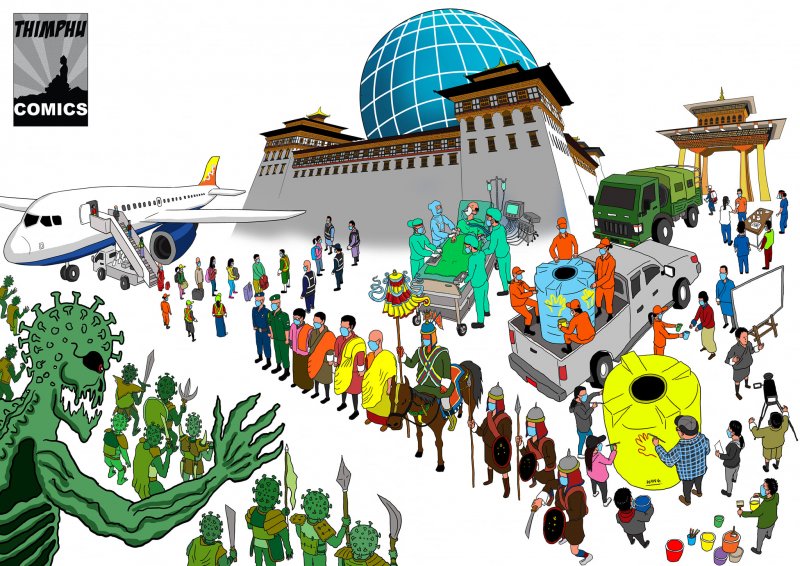 Covid-19 pandemic enabled the rise of the Fifth King in his square 40 years as the resolute and caring leader who is actively shaping the crisis response, not just approving the measures taken by the government.

Probably the most important and visible intervention of the King in the initial stage of the crisis, was ordering the government to ensure that there are zero deaths from Covid-19 in Bhutan. This ambitious goal left no margin for mistake and basically meant, that Bhutan has to completely isolate itself from the rest of the world, since even one single unchecked case of coronavirus, might lead to outbreak and inevitable casualties. 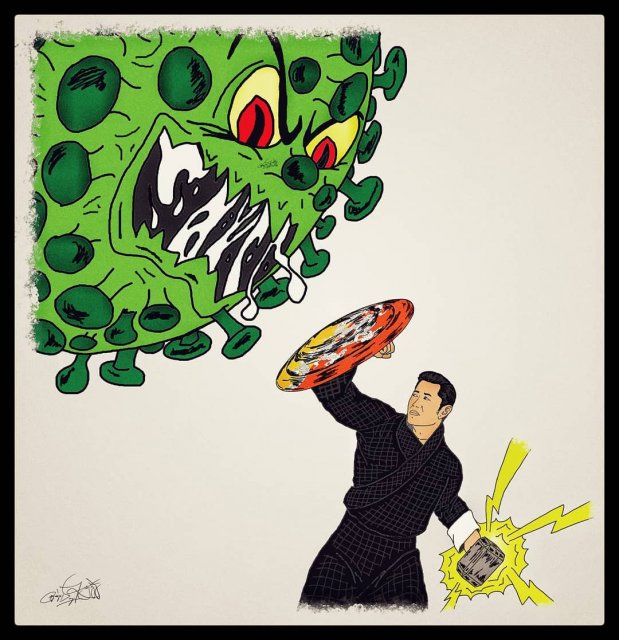 Although preventing any death from coronavirus is close to impossible, Bhutanese government managed to fulfill the task till the time of writing of this article. The Prime Minister Dr. Lotay Tshering, who is trained urologist and surgeon and Health Minister Dechen Wangmo, who holds Master degree in Public Health from Yale University, introduced measures as strict as no other country in the world. All tourism was stopped and even Bhutanese who were returning from abroad had to undergo 3 weeks long quarantine, one week longer than what is recommended by WHO. The 699 km porous India-Bhutan border was sealed, just the essential goods being permitted entry through designated entry points, breaches being monitored by thousands of police and army personnel, foresters and volunteers.

Bhutan also built impressive testing capacity, which is, relative to population, largest in South Asia and set up effective and fast contact tracing. Mobile phone app Druk Trace was launched in order to boost tracing effectivity and speed. Detailed list of all preventive measures is in this article by popular Bhutanese journalist and activist Namgey Zam. 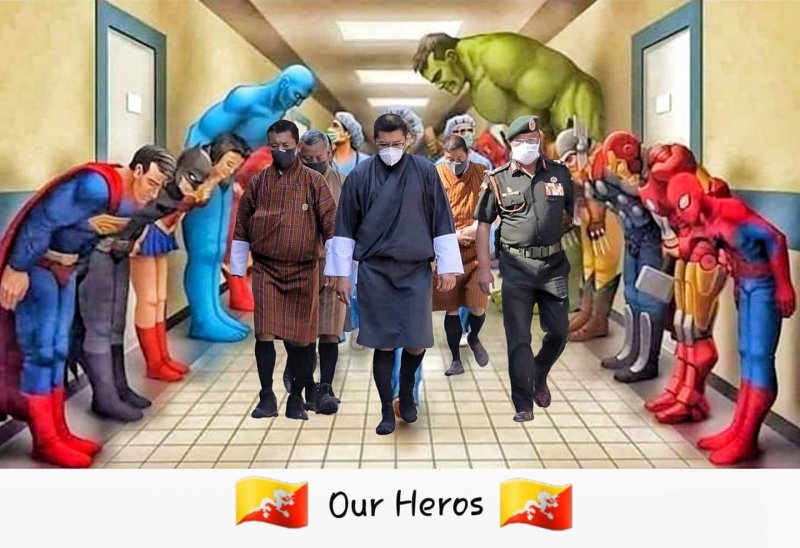 Superheroes bowing to King and his entourage

His Majesty Himself conducted two inspection tours, first to South-Eastern and second to South-Western Bhutan in order to make personally sure, that effective preventive measures are being in place as you can see in this Bhutan Broadcasting Service video. By placing himself personally in the frontline, His Majesty undoubtedly inspired everyone involved to scale up his own effort.

Since the first case of the coronavirus in Bhutan coincided with the start of Bhutanese spring tourism season, the closure of borders resulted in huge loss of business for tourism sector, second largest industry in Bhutan after the hydro-energy. Even here, His Majesty himself provided help through his Royal Relief Kidu program, supporting 23 thousands individuals, who lost their income due to Covid-19 crisis. 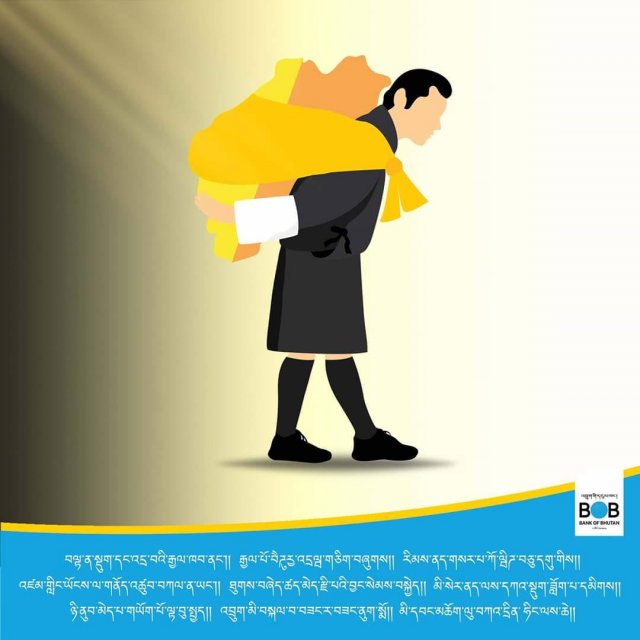 Land was also provided through Kidu to interested tour operators, so they can shift to farming, until the situation resolves. 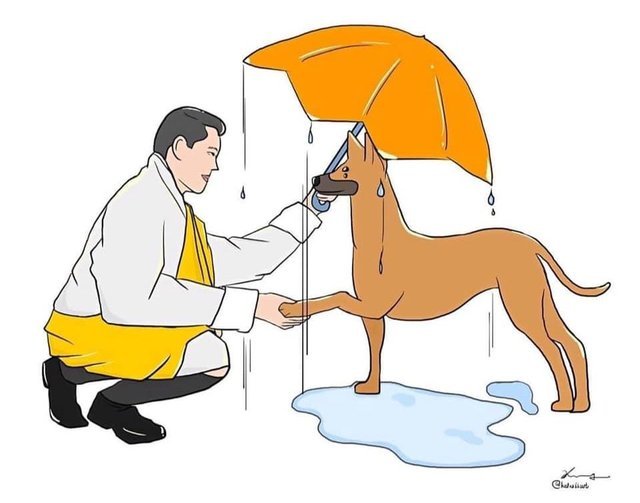 During lockdown, His Majesty ordered to feed the stray dogs, so nobody in country is hungry.

His Majesty, Covid-19 and the people

In mid-August, inevitable happened. Coronavirus found its way to Bhutan with the first cases of sporadic community transmission detected in border town of Phuntsholing. Anyway the lockdown has good chances to break chain of transmission before it became outbreak. Thus, under the leadership of His Majesty, Bhutan is still showing exemplary fight against the pandemic. The effort was recently praised by WHO representative to Bhutan Dr Rui Paulo de Jesus:

“Today under His Majesty’s guidance, Bhutan’s response to Covid-19 is second to none and serves as a testimony of how compassionate and visionary leaders can make a difference in the world.”

Surely, no-one need to say this to Bhutanese. They are well aware how precious and caring King they have. The great majority of Bhutanese are supporting lockdown and preventive measures, regardless of the hardship they have to undertake due to that. 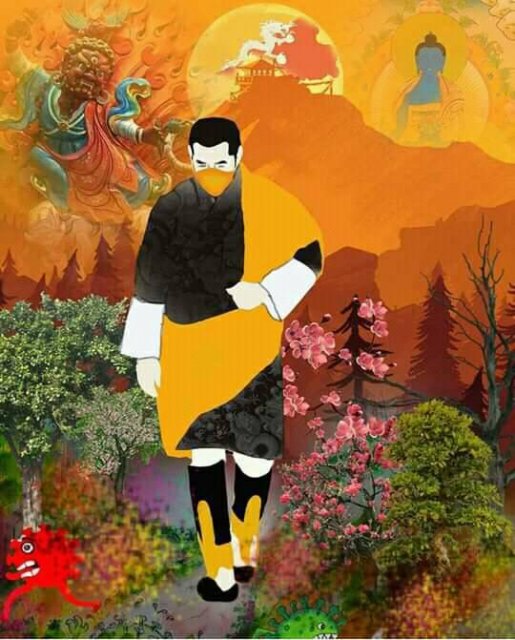 Question remains how the hardline mitigation approach will unfold in the long run. With bar on tourism and many other businesses at the standstill, the economic downturn might ultimately out-weight the gains in public health field. Healthcare system might also get compromised if excessive focus continue to be given to Covid-19, inevitably leading to reduction of resources for treating other deadly diseases.

Another question is, whether His Majesty will retain his executive approach exhibited during current crisis even after it is over, or he will revert to his ceremonial and controlling role. For that, we will need to wait and see. 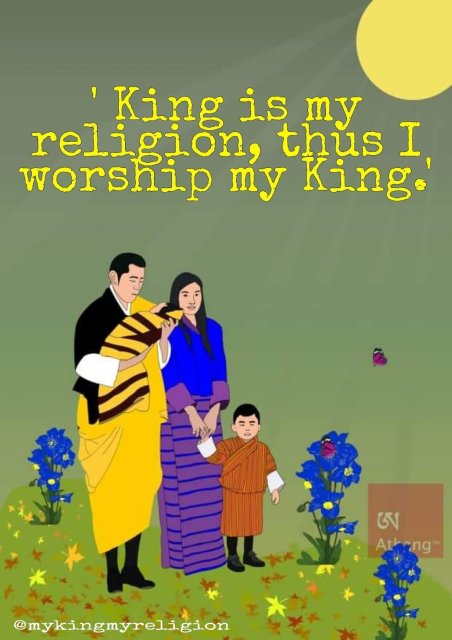 In any case, this would not change the people’s perception of the King, who is not only respected as the head of state but revered as god-like figure, encompassing the idea of commonality of all Bhutanese people, fighting the pandemic together. As one of the Firefox Tours’s guides did put it:

“We should not forget immeasurable effort of our beloved King His Majesty Jigme Khesar Namgyal Wangchuck for keeping himself in the front of the battle against the pandemic. Therefore, I am extremely thankful to His Majesty. At the same time I would like to thank Dr. Lotay Tshering the Prime Minister of Bhutan for his tireless effort during this hard time. And thanks to all others for their great help and support which was rendered to the Tsa-Wa-Sum (King-Country-People) during the pandemic. Heartily thanks especially to: 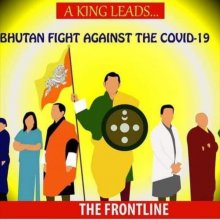 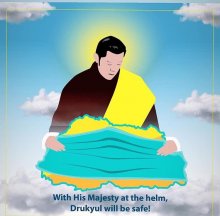 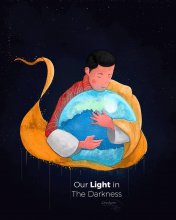 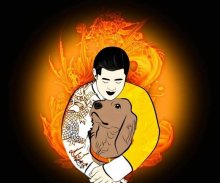 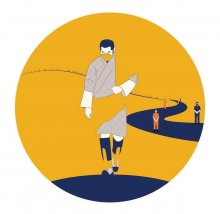 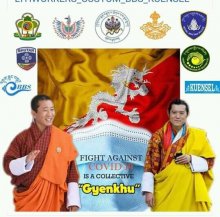 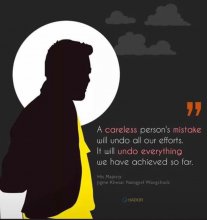 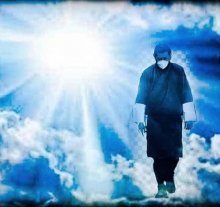 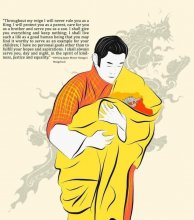 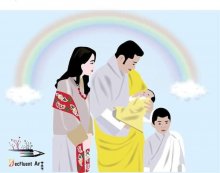 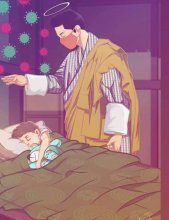