This large castle in Thimphu is the seat of the king and the government. It's located on northern outskirts of the town on the bank of Wang Chhu river. Before the beginning of the hereditary monarchy in Bhutan, it was also seat of the Druk Desi, the supreme spiritual leader of Bhutan.

Thimphu used to be Bhutan's summer capital only, the ruler and court moved to much more temperate Punakha for winter. Tradition of seasonally shifting capital ceased in 1962 when third king of Bhutan made Tashichho dzong his permanent seat and started it's reconstruction. Thimphu was selected as better place for capital due to it's better connectivity to planned airport in Paro and to India. Anyway the monastic body led by the head-lama of Bhutanese Drukpa Kagyu Schoo, the Je Khempo, continues the tradition till today, spending half year in Thimphu and second half in Punakha.

Original dzong-like structure was built in 13th century but the current building dates to 18th century and further reconstructed in 1960s to accommodated the needs of modern country government.

The dzong is open for tourist in the evening on the working days and thorough the day on Sundays and during national holidays. Only the monastic part of the castle is open for tourist with main chapel, which serves as stage for all important state ceremonies, as it's main attraction. The large statues of Buddha Shakyamuni, Guru Rimpoche and Zhabdrung Nawang Namgyel are to be seen here.

Huge festivals Thimphu Drubchen and Thimphu Tshechu are being held in the dzong in autumn. 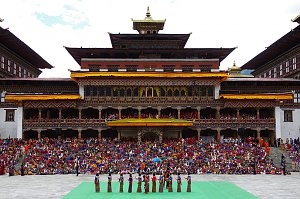 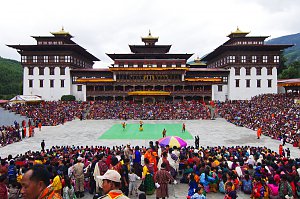 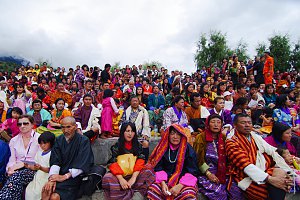 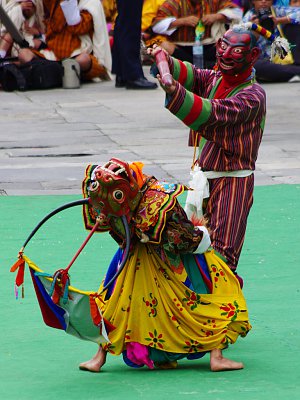 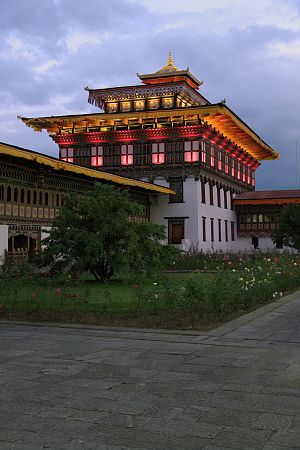