Abrupt announcement of the major overhaul of Bhutan tourism policy and pricing took us by total surprise. We expected tourism reopening and incentives to attract visitors, instead government gave us a slap and big kick. We fiercely disagree with the new policy, however once approved by the legal process of the country, we will duly follow. We will readjust and continue our mission to attract visitors to Bhutan and make their stay wonderful experience worth of the expenses. Here we would just like to summarize what might have change if His Majesty signs this bill into the act. 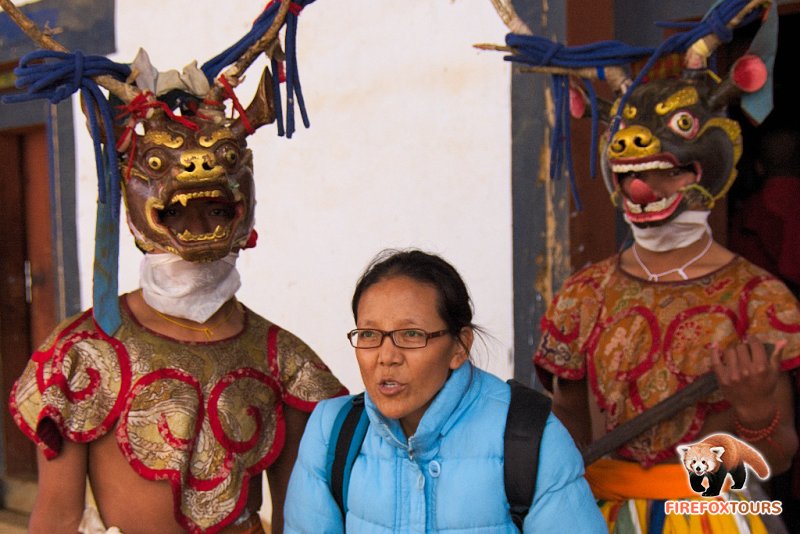 Update as of 28th June 2022: Bill was approved by the upper house with few notable changes. First is to let the tourists who confirmed the tour before 20th June 2022 to travel under previous conditions, even though they did not pay any advances.

Other request of the councillors is that the benefits of the new policy is shared among all regions of Bhutan. That is especially challenging, since it is very clear, that new policy will actually reduce number of tourist traveling beyond Paro, Thimphu, Wangdue and Punakha.

Further deliberations now will be held in lower house. MPs can either approve the upper house recommendations or overrule them. Then the last resort is His Majesty who can sign or veto the bill.

Update as of 1st July 2022: We don't have indication that His Majesty already signed the bill but as per our understanding, this is just formality and royal veto is not expected. Bhutanese tourist authorities are already operating like if this is done deal.

Tourism Council of Bhutan already made official announcement of the new policy, along with reopening of tourism from 23rd September 2022.

However, there are many uncertainties how the new policy will be implemented. We will keep investigating the issue and will update information when things becomes clear.

Update as of 17th July 2022: Tourism Council of Bhutan is now requesting travel agents to send details of confirmed groups in order to be able to operate them under pre 20th June conditions. However, process seems to lack transparency and it is not clear how the applications will be evaluated.

Also TCB gave Tour Operators just short two weeks gap to submit all applications which is really hard task given that we talk about all tours cancelled from covid times and new agreements and plans developed during two years of closure.

In the same time, TCB announced that entry fees will be levied in most dzongs and another tourist sights popular among tourists. This will make tour again more expensive, probably by 100 to 200 USD depending on tour program.

It is very uncertain what will come next, but it seems that TCB and government are pursuing recklessly in turning tourism industry upside down.

Update as of 28th July 2022: TCB continues with further steps to complicate tourism reopening, especially for smaller players. Tour operators are now required to declare their preparedness to receive firegubg guests by confirming that they are operating from dedicatd office settings, they have their licenses valid, they have emplolyee policy in place and payment gateway ready.

Especially office requirement is hard for small and medium sized players who mostly vacated their offices during covid time to save means. Now, even before business resumed, they are expected to have full fledged office running with only one week to comply with requirement. It is apparent that TCB is intentionally and resolutely trying to route small players out of tourism busienss and it is doing this in period these businesses are most vulnerable. Firefox Tours is not affected by this, except for extra bureacratic work, but we can relate with struggle of our smaller peers.

Update as of 3rd August 2022: Tourism Levy Act of Bhutan 2022 was given royal ascent and thus became law of the coutnry. Such ascent was expected.

In meanwhile TCB is endorsing tours confirmed before 20 June 2022. Apparently, tours which were already paid, had their tickets or visa already issued and had to cancel due to covid are getting priority. However tours, confirmed by e-mail communicatoin only, are also being approved. Process is still going on. Most probably TCB got more applicaitons that expected.

What is actually proposed?

As per the decades old tourism policy, visitors are required to pay Minimum Daily Package Rate (MDPR) to local Tour Operator. Depending on number of people in group and season, this MDPR could have been 200 USD to 290 USD per person per day. This cost also included 65 USD tourism tax called Sustainable Development Fee (SDF). Remaining amount was used for the services like lodging, guide, transportation, and meals.

Now the SDF is increased from 65 USD to 200 USD, more than threefold!

However, at the same time, MPDR would be completely abolished. So for example, If guest is coming to Bhutan and want to stay for whole period of time in one luxurious spa hotel or chain of hotels, he will only book accommodation and pay SDF to the government.

Only in case of sightseeing, guest is required to have guide and vehicle. This might now be arranged by virtually anyone, but quite likely it is still going to be Tour Operator or hotel.

Not all the details of the new policy and how it is going to be implemented is yet fully understood, so please mind, that some of our statements here might at the end slightly differ.

How much will tourists have to pay, now?

Prices as above are our rough estimates and might differ depending on many factors, especially hotel rates, distances driven etc. Price is subject of free market competition.

Tourists might also just come to Bhutan after paying 200 USD per person per day and then to stay in hotels from Booking.com. For transport, they might travel by taxi or bus and use guide only when it is totally necessary. We can't really say exactly how much you can save by traveling like this, perhaps you can press cost down to 250-300 USD per person per day. However, Bhutanese infrastructure is not really ready for this. Without the expertly and individually crafted tour package, visitor will most likely experience considerably less in longer time compared to what is possible with fine-tuned program, private transport and professional and friendly guide. At the end there will be no or very little savings on cost while experience will be compromised.

With the tour organized by Tour Operator, there was always flexibility and freedom. What we did was to work hard on every guest's individual needs and wishes and seamlessly making it to the reality whenever possible. Without tour operators support and knowledge, visitors will often miss opportunities they even don't know that exist.

Children up to 5 years are exempted from SDF and kids from 6 to 12 years pay only 100 USD per day SDF.

All other discounts on duration of visit, student discount or tour leader discount are abolished.

Uncontrolled inflow of regional tourists was considered huge problem before covid. Regional tourists could come only after getting travel permit and then travel freely. However, from the 1st July 2020, new policy was supposed to come in place requiring regional travelers to arrange travel permit from Bhutanese Tour Operator, and also getting the hotel, transport, and guide travel package. They were also supposed to pay SDF of 1200 Rs/Nu (~15 USD) per person per day. Unfortunately, this policy was never tested, since COVID-19 stopped all tourism from 5th March 2020.

As per new policy, the Indian travelers still have obligation to arrange the transportation and guide, but they will not need tour operator for their permit processing. Also, they will have to pay SDF of 1200 Rs/Nu per day. No discounts on that, even toddlers have to pay the same.

Why is this happening?

Policymakers who pressed for this change were not happy how tourism worked. They believe that by increasing SDF and demoting role of Tour Operators, more visitors might come to Bhutan, especially higher spenders staying in luxury hotels. In the end, government is expected to make more revenue with fewer visitors. This is mostly wishful thinking, though.

You can read yourself what the proponents of the new policy, the Director General of Tourism Council of Bhutan Dorji Dradhul or probable mastermind of the new policy Dasho Kinley Dorji had to say. We find their takes ludicrous, economically naive and ignorant of tourism business realities, but that is of course just our private opinion.

One of the quoted reason for the reform was illegal practice of undercutting. This is when Tour Operator was selling tour for lesser amount than what was prescribed by MDPR. While this was actually happening, problem was much overblown by the government and totally misunderstood by the policymakers. How undercutting worked is thoroughly explained by Pelden Dorji here. He aslo credibly demonstrates that the new policy is not going to fix anything, but actually making things much worse.

What will happen with tourism, now?

The new tourism policy bill is already passed by National Assembly (lower house) and is expected to get green light in National Council (upper house) after minor changes on Monday 27th June 2022. Then it needs to be signed by His Majesty to become the law of the country. Bill is retroactive from 20 June 2022  when it was first announced, so there is no loophole to book tour on previous conditions before it becomes valid law.

Tourism industry will be very hardly hit and damaged by this decision. Hotels, Tour Operators, handicraft vendors and producers will all have much harder time to find their customers since tourists will come in much less number than before. Many businesses will end, people will lost their jobs. Even with tourism tax increased threefold, the total state revenue from tourism will drop dramatically.

Overall, the quality of the service will be affected, since without Tour Operator in charge of all tours, there will be no guarantor of it. Good Tour Operators, in order to keep the stellar name of their business, are trying hard to provide the best to the visitors. MDPR prevented unhealthy competition with price so Tour Operators had capacity to provide silver linings to all the experiences. Now, this system of check and balances will collapse and what develops next might be more akin to tourism in Darjeeling and Sikkim or Nepal, except that you will need to pay 200 USD on top of that.

Politicians will soon realize the mistake and will try to patch the broken policy with further tinkering. It will create more problems and further instability.

However, we are confident we will prevail, and we will keep doing what we do best, making foreign visitors of Bhutan and Himalayas happy! Please help us in that mission!